This past weekend was an awesome kick off to the production of the Community Issue.  Friday night, Hat City favorite, Brother Valiant killed it! The folk band never disappoints. They performed songs from their recently released self-titled EP, and the whole bar was singing along. When they perform it is always a fun night. Check out their tour schedule for their upcoming shows. Next Sunday, May 25th they are playing in Brooklyn, NY. http://www.brothervaliant.com @brothervaliant 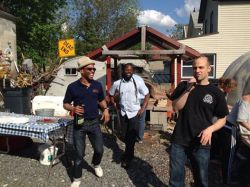 The next day, was pretty much a perfect day. The weather was nice, it was breezy and sunny. Great for an outdoor party. ORNG Ink, the Yeastie Boys hosted Have a Drink for ORNG Ink 2. There was music, the DJ played music into the night with the speakers outside. This was a good idea because Anthony ‘Juggla’ did not hesitate to get on the mike and freestyle. That is when he was not baking amazing pizza pies in our earth oven, with the assistance of his young chefs. Every 20 minutes or so Roger announced the pie and a complimentary craft beer tasting. It was fun having to run and catch a slice because the delicious pies were going so fast. I learned a lot about beer, pizza and food in general. Greens were also provided thanks to ORNG Ink neighbor, Garden State Urban Farms. People were able to take a tour and learn more about the hydroponic greenhouse. Many members of the community came to the event, and newcomers who learned more about ORNG Ink. Pat Morrissy and the city of Orange historian, Karen Wells were admiring how far Ironworks has come and we reminisced about creating the community earth oven. This was a joyous moment, and it showed how much of a community exists here. ORNG Ink partnered with the Yeastie Boys. It was heart warming to see people there doing what they love, for a good cause. Juggla, always seems to have the time of his life baking pizzas in our earth oven, also educating us different breads, veggies, and even baked a nuttela and marshmallow pie. Mike Reilly took Polaroids and donating all the proceeds to ORNG Ink. The community truly came together. Singers, Deanna Riley and Brittany Craig stopped by before their bartending shifts at Hat City Kitchen. Mark Lyons, donated a bunch of awesome bottled beer which added to the fundraiser. ORNG Ink regulars were there of course, drinking beer, eating pizza and having a good time. Molly Rose, Laura Campbell, Sherm aka KRK!, and Stephen Batiz who has an art show coming up on Saturday May 31st. It was a perfect day, and I can not wait for the next one. Thank you Yeastie Boys, the Greenhouse staff, Mark Lyons, Mike Reilly, the DJ, the people who came to festivities and ORNG Ink for making this such a great day, and step forward for ORNG Ink. Visit the new website, and sign up for our newsletter. 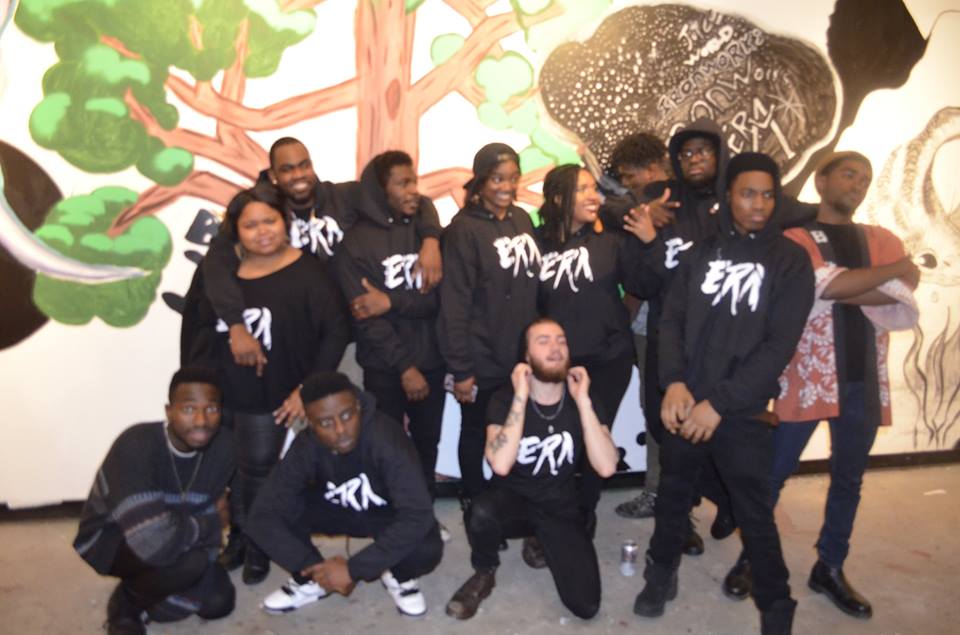