Hip-Hop, Violence and the HUUB

As I have lived in the valley and felt a part of the community the last five years, I have also experienced moments that remind me that this is not my hometown. Unfortunately, those moments recently have been occurring more frequently.

A week before the third edition of local hip-hop showcase, Don’t Drop the Mic I caught up with the curator, Ray at his studio at ERA Artist Collective. He was more somber than usual when getting ready for a show. I asked what was wrong and he said, “I am tired of saying rest in peace to friends I grew up with.” Although I have been affected by gun violence I was at a lost for words. The recent shootings in Orange, “is unprecedented. It was never this bad.” He continued. “I walk around this town and am reminded of all the people that are losing their friends, sons, and what not.”

I was saddened because my perspective was so completely different when I walk down streets in the Valley. I am wrapped up in the potential of it all, like new grocery stores, and artist housing. But he reminds me that to him, and many people who actually live here, these are the streets he grew up on. And just like how things were changing seemingly for the better, he lived in the present where there was a lot of mourning. The constant RIP posts on my Facebook news feed gets harder every time, I could not imagine if these were people I grew up with. It has got to stop.

Ray has always been passionate about using the genre of hip-hop to not only change his life but hopefully touch those around him. From Ironworks days, he has always had a group of younger artists he taught how to write, make, and record music. As well as give them a place to perform the music they work so hard on. At the mayoral debate in April Ray asked the question, “What are you all going to do to inspire hope in our youth?” to all the candidates. With this edition of the showcase, he wanted to feel like he was taking matters into his own hands. And with the times were are in now, we both know that it is time to really hit the ground running.

This brings up a lot for me because there has always been somewhat of a struggle to bring the genre to the forefront. In this neighborhood, still powered by an older generation of, lets say, people who do not look like me, still have a negative misconception towards this type of music. I actually heard someone ask, is someone going to get stabbed at these events?  Venues not complying because they could not afford metal detectors. This is where you insert the confused emoji.

The valley arts district has a strong blues and jazz scene, but there are a lot more styles that are being made here and being used for the positive. I have always liked Don’t Drop the Mic because it gives these people a stage to perform and be heard and appreciated. It is a way for artists who have grown up around here to get together and express themselves in a safe place.

Partnering with the HUUB was a way to venture out and connect with people who are serving the community of Orange. “I’m working In conjunction with the first unitarian church in an effort to give the youth another option to explore their talent and to have events to showcase said talent,” says Ray.

The first two were held at Ironworks and after each, there was a big anticipation for the next one. The bill getting longer and longer. With the third with the new venue, also came new faces and acts. Ywn, of ERA Collective, began with a DJ set. Then the host, Ray began with the Five Pillars of Hip-Hop

All the way from Queens, Capital Ode, who has also released his latest album To Remember Tomorrow, last Friday night. He performed Cool Kids Wake Up to This, Drive By and hyped the crowd with a Ode Dope! and Black Lives Matter chant. I was able to get some words from hm about To Remember Tomorrow, now available on iTunes: https://itunes.apple.com/album/id1128444265?ls=1&app=itunes

P.R. :What makes To Remember different than your past projects? It is definitely different, still Ode but progressive.

This is me finally figuring out how to do it on my own. PerfectHairForever was me trying to mix for myself. This is me knowing I can do whatever I envision and then just doing it. I’d say that everything as far as my music, starts with To Remember Tomorrow.

I am digging the cover, who designed it?

Janelle Berry took the photo by accident and I edited it into the cover.

Nice. What’s next for Capital Ode?

I have a lot more coming including some really cool remixes from this project. To Remember Tomorrow is mostly older songs I’ve been sitting on but I knew I wanted to be a project. I just had to wait until I was confident enough to mix them myself. The newest song on there is Down with the Come Up and that’s from last year. That was when Drum Fu and I first started finding our sound. Everything after that is going to be unquestionably of our own

Swayze, popular on social media live streamed the event on Facebook Live, and Juice with snap chats garnered the attention of more community work being done. There was a protest happening at the Orange Police Station led by Ashley J. Cartwright and other community leaders.

Formerly of AIM Squad, Iffy, Amir  and Peter performed “I’m So Tired/ Of Friends Dying” amongst other songs including a remix to “World Domination” a local banger.  Expect great energy from these performers. From day one when they first performed at Inkalicious Block Party with ORNG ink in 2012.

O-Live, who I met at the Takeover networking event last spring, performed with lyrical gusto. He began with the first song he wrote. Ray shared how the encounter that brought O-Live to the DDTM 3 stage. They both feel they are the best rapper alive, and from then a friendship began. I have been working with O-Live’s twin brother Sebastian who has been doing amazing video work for myself and Ray.

Juice wowed the crowd with his swag and flow. He did a couple songs before passing the mic to his brother, Sykes. Who could not wait to perform. He followed the energy with favorites like The Other Side. The females came through to represent with Trey Miller who performed Ice Beat Hot, Dozen and talked about an all female cipher coming soon. I was able to connect with her and hope to bring that more to the forefront and to the valley. The show ended with a surprise performance by Sonny from the Valley.

This embarked on a whole new network of artists and more. Look out for more! 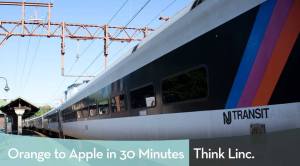