The Next Chapter of Hat City Kitchen

Change is good. Change is needed. Change at Hat City Kitchen is refreshing. The Valley Arts District staple, hub and nonprofit organization has been open for a little over six years. In restaurant years, six years is still considered new.

Late last year I began to hear talks about new management. At first I did not know how to feel. I knew that it had to happen in order for Hat City Kitchen to reach its full potential and be successful. However, having worked at other restaurants I knew that new management had the possibility of going wrong. Not completely open to random change in the Valley with past experiences with Ironworks I really did not know what to expect.

Hat City Kitchen is like no other, and I am always passionate in protecting its culture. More importantly how it fits in the context of the Valley Arts District. With more residents coming, and artists infiltrating the neighborhood in a variety of ways we need HCK to be a cool and really good restaurant.

The staff have all worked there for a couple years, and have invested time and overall energy into HCK. Musicians, chefs, social media careers are coming out of it. I wanted to protect what we like to refer to as, the team. It was important to approach HCK in a way you would a small family owned business. As well as take time to understand it’s role in the Valley Arts District.

I am so happy to say that Christian Soto’s addition to the HCK community has been a good one. The chef not only can cook a variety of cuisine but has a knowledge of the entire workings of a restaurant. He understands all the moving parts and brings out the best in everyone.

There also new cocktails on the menu including the Valley Appletini, Dark & stormy, grapefruit martini, mint julep, paloma, monkey sour and sidecar. New beers including Shiner Bock, and Underdog Ale offered. As well as more specialty and seasonal rotating beers on tap. New and updated wine list. .You can the new full menu on the Hat City Kitchen facebook page. We are now open for lunch Thursday, Friday and Saturday starting at 12pm. Also new is our Sunday Brunch Buffet has been revamped and is so much better with live entertainment every week from 3-6pm.

Another great aspect to the new phase has been the public’s reception. As a server I have noticed more frequent and consistent business. I can speak for front of house staff and say that we are making more money. When people come in, I always greet and ask if it is their first time at HCK. And if so, I then ask how they found out about us. HCK’s media presence is growing more and more every day. Thanks to Brittany Craig and Liz Adinaro, we have more likes and followers on social media. This year we have been included on the following NJ.com lists, Top 20 Wings in New Jersey, Mardi Gras 2016: The 16 hottest spots to celebrate in N.J. 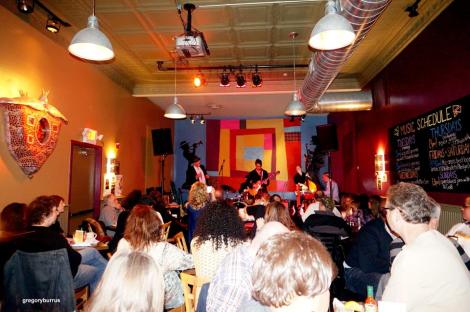 What I hope to see HCK become is a place for the characters of the community and overall hip establishment. I want people locally, in neighboring towns and New York City to frequent for many different reasons. Either for the monthly artist salon, a weekly music jam, live performances of original bands on the weekends, Sunday brunch and more. Ten years from now I want my peers, who will at that time be well into their successful careers to talk about key moments in their career happening at Hat City Kitchen.

New Jersey’s Valley Arts District is well on its way to becoming one of the trendiest neighborhoods on the east coast. Hat City Kitchen is the nexus for it all. I imagine there being more trendy restaurants in the Valley, as more residents come in but HCK will be the historic one. The destination, and must go place if you are in the Valley or even on the east coast. 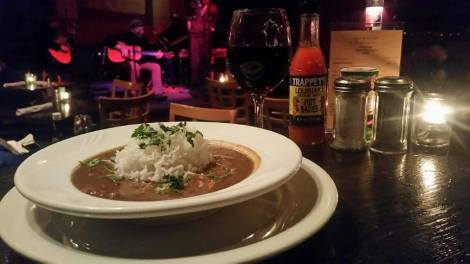 In addition to being key to the social side of the valley arts district, I want it to be somewhere you can get good food, drinks, entertainment and service. With the new paint job, finished bar, and sound system you can feel it in the air that things are going in the right direction.

What has always been appreciated is the love and care our regular customers and musicians have for Hat City Kitchen. They are the most important part of what we do. Thank you! And keep coming and tasting weekly menu specials, drinks and more. Tell your friends, bring your family and enjoy the orbiting art gallery in our dining room.

I am proud to work there, and am excited to see how far we can go. I want to thank the rest of the staff (current & past) for everything they have done in the last six years to make Hat City Kitchen the warm, cultural hub it is now.

And now, a toast to the future.